Beginning piano player Ernesto, age 10, pushed the envelope with chromaticisms in G to develop a blues concept so cool and suave it could be out of a 1960s spy movie, complete with orchestration:

My apologies (and gratitude) to Ernesto, Gabi and Takuto for my getting so caught up in the musical moments of their lessons that I forgot to record later versions of their improvisations. Actually I never recorded Ernesto or Takuto playing their blues at all, but at least I realized my mistake with Ernesto after his last class before vacation, so I could record what I remembered of his blues.

Below is an early version of Blues in F created by Gabi, age 11. In the next couple of lessons, she added a left hand accompaniment and extended her performance by adding another 12-bar chorus (a variation of the first 12 bars), shaping the 24 bars generally into an arch. It just kept getting funkier and groovier. But even on the very first day, her idea was already a treat:

The recordings below feature Isabela, age 10, beginning pianist and adventurous improviser. Her first bluesy improvisation enjoys a delicious swing that’s laid back and smart at the same time:

As Isabela was noodling around with the 12-bar blues, she discovered her classical style at the piano. Since she is an experienced student of classical ballet, I take this improvisation as a nod to that part of her:

END_OF_DOCUMENT_TOKEN_TO_BE_REPLACED

Piano students delight in figuring out how they can make their own music based on the 12-bar blues progression. Take the improvisations of beginners Lara, age 10, and Clara, age 8. Lara improvised the following blues after she learned The Low Down Boogie and Flint Street Boogie by Marilyn Lowe:

Clara, when she was experimenting, really preferred the major tonality sound over minor or blues scales. So I told her that the 12-bar blues progression actually shows up in many musical styles besides the blues and boogie woogie, such as pop END_OF_DOCUMENT_TOKEN_TO_BE_REPLACED

It was May 2014, Belo Horizonte, Brazil. I think I had 20 beginning piano students, and most of them had studied the quintessential 12-bar blues called The Low Down Boogie, by Marilyn Lowe. Because the students were learning to audiate (really think music, like you think in English or in images), it was only natural that they would want to “say” their own blues now. So, the theme of the first Piano Party was original 12-bar blues compositions or improvisations.

Cover of the program of the historic 1st Musikhaus Piano Party

I didn’t get to film the event because I was MC, so the videos from the 12-Bar Blues series of posts are from lessons. First, hear The Low Down Boogie (from Lowe’s Music Moves for Piano: Keyboard Games Book B) as played by Laura, age 7.

Now hear Emília’s own original blues composition, inspired by The Low Down Boogie when she was 8:

As for my current students here in Texas, I will start posting their music as soon as I get their parents’ authorizations! 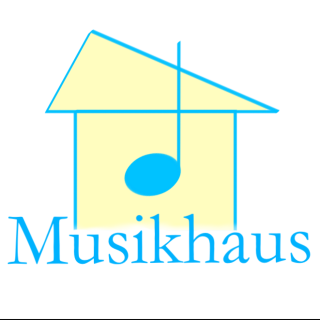